Much has been said about Alfred Hitchcock’s selection of Francis Poulenc’s “Perpetual Movement No. 1,” which is played on the piano by Phillip in Rope

. Looking at the other music in Rope

which plays over the radio, there is a performance by The Three Suns of “I’m Looking Over a Four Leaf Clover,” the 1927 song written by Mort Dixon with music by Harry M. Woods. Assuming it was not just by happenstance, the character descriptions in the screenplay may actually reveal why Hitchcock selected the tune. 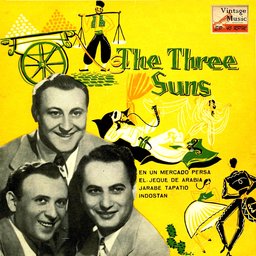 Excluding Rupert (and David, of course), let’s consider the other party guests—Mrs. Atwater, Mr. Kentley, Janet, and Kenneth—and how their character traits fit the symbolic representation of the leaves of a four leaf clover…Faith, Hope, Love, and Luck.
Faith—Mrs. Atwater, we are told by her description, puts her faith in many things, and this year it happens to be astrology. She reads palms and works out horoscopes, and although she has no idea what she is talking about, her predictions may turn out to be spot on.
Hope—Mr. Kentley has great pride in his son and is said to have a “general trust in people” to the point that it has marred his perceptivity. Nonetheless, his hope for the essential good in humanity lends more credibility to his moral compass than to any of the morally questionable theories put forth by Brandon or Rupert.
Love—Janet is described as coming from a family that once had money, and so now she “belongs neither to the class she is actually in nor the class she wants to be in.” Although Brandon more than once insinuates that Janet has traded up to David for his money, we do get the impression this is not the case, she’s in love.
Luck—Kenneth is described as attractive with a background that has included tutors, prep school and Princeton, but that he is “not overly bright.” One might say he’s gotten by on his looks, charm, and a bit of luck. At one point, Brandon tells Kenneth his fortunes regarding Janet may have changed. “I have the oddest feeling, anyway, that your chances with the lady are much better than you think.”

Thanks to Joel Gunz for pointing out the detail I overlooked when I first published this post. The "I" in the song would have to be Rupert, who looks over Brandon and Phillip, catching the details that he's overlooked before.
Posted by stevenderosa at 10:23 PM